AI vs Humans. Who will win in the future?

AI vs Humans. Who will win in the future? According to our real life Tony Stark which is Elon Musk have a opinion on AI.

Well to answer this we don’t know really who will (Obviously, because we haven’t seen the future). But, According to our real life Tony Stark which is Elon Musk have a opinion on AI.

Experts say the rise of artificial intelligence will make most people better off over the next decade, but many have concerns about how advances in AI will affect what it means to be human,  be productive, and exercise free will.

God created humans that led to the creation of human intelligence and these humans discovered artificial intelligence.

And one can’t certainly deny the importance of intelligence whether it is human or artificial.

A quality that helps humans in learning, understanding, solving, and finding solutions with different ideas is Human Intelligence whereas the stimulation of human intelligence by using machines using the information they receive is Artificial Intelligence(AI).

Won’t our life be much easier if machines functioned exactly like the human brain?

One can’t really deny the fact that AI is one of the most debated topics today and there is a line of difference between Human intelligence & Artificial intelligence.

After watching a lot of Sci-Fi movies, the idea of making a machine that functions as humans has arrived from the fictional world to the real world.

Impossible tasks themselves have been possible by robots.

Acquiring such intelligence in machines has immensely helped us in facilitating our work and endeavor some great success.

These AI-driven applications drive the downtime to perform a task, helps decision-making faster and smarter, have higher operational capacity and exactness, and monotonous positions compared with humans.

And without a doubt, the discussion for today’s blog is:

Humans (This) VS Artificial Intelligence (That)

Impact of AI on Humans and the future?

Without a doubt, AI will play a major role in the upcoming years in all the fields, which will have a greater impact on the economy.

One of the most obvious outcomes is an expansive scope of business.

Manual labor would have become nil people would be more tech-savvy, thinking and discovering new innovative strategies implementing new skills to compete in the market would have raised the bar, adding to the fact of increasing competition, staying alert 24/7, and being out there.

It can drive a monetary development model and improves the nature of living.

To sum it all up, from watching movies like Terminators  i.e. from fiction to reality AI has come a long way and is shaping the industry, taking globalization to the next level.

But only “Creators can bring dreams to reality”, no machine has yet been developed that has the capacity to create or discover something new.

AI can certainly not mimic Human Intelligence, so if we maintain a balance between the two and work on the same, it will lead the world to achieve great success.

Let us know your views on AI vs HI, what would our future tech world be like? 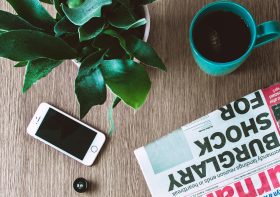 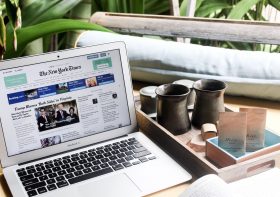